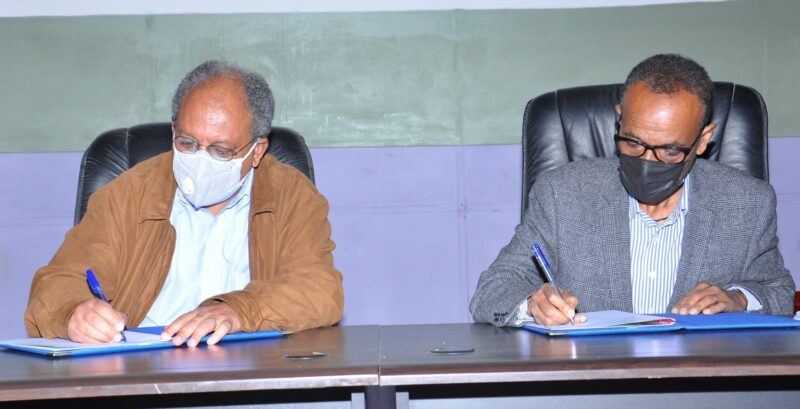 28th General Assembly of the EEA

The Ethiopian Economics Association (EEA) has held its 28th General Assembly on January 1, 2022 at its Conference Hall, Addis Ababa. The Meeting was officially opened by Dr. Amdissa Teshome, president of the Association. On the occasion, Memorandum of Understanding (MOU) was signed between the EEA and the Independent Council of Economic Advisors (ICEA). The MOU was signed by Dr. Amdissa Teshome President of the EEA, and Dr. Alemayehu Seyoum Taffesse, Chairperson of the ICEA. After signing the MOU, the two signatories have presented their firm commitment for immediate implementation of the MOU. Dr. Tadele Ferede, Secretary General of the ICEA, has further explained the purpose of the MOU. Following the MOU signing ceremony, Annual Audit Report (both for the EEA and its income generating unit, EEA-IGA) was presented by an external auditor who has been auditing EEA’s financial performances for the last three years. The audit report was discussed and approved by the Assembly. As one audit firm cannot be allowed to serve for more than three years, another external auditor who is going to audit for the coming three years has also been approved, after discussing the procedures followed to shortlist potential auditors for approval.

Following this, Prof Mengistu Ketema, Chief Executive Officer of the EEA, has presented an Annual Performance Report (for the budget year 2020/2021) and an Annual Plan (for the year 2021/22). Both the report and the plan have unanimously been approved after extensive discussion and reflection sessions. On the event, a vice president for the EEA and one executive committee (EC) member were elected following the provisions indicated in the bylaw. From three potential nominees presented for the Vice President position, Dr. Lemma Gudissa was elected by securing a maximum vote. Similarly, Mrs. Zelekawork Paulos has been elected for the EC member position by securing a maximum vote as compared to the other two potential candidates. The newly elected EC members, Dr. Lemma and Mrs. Zelakawok, will replace the previously serving EC members, Mr. Fantahun Belew and Mrs. Etalem Engida, respectively. EEA would like to thank Mr. Fantahun and Mrs. Etalem for their tireless services during their term as EC members.

Finally, Dr. Amdissa has delivered important concluding remarks to the Assembly. During his speech, he promised to initiate a book titled “30 years of Advancing Economic Thinking” to be written by volunteer members.

The GA was very successful and we are very thankful to the members who participated on the assembly. We wish a Happy Christmas and New Year (2022) for the celebrating EEA members!