Abstract:
Tigreans are descendants of the ancient Axumites who were neither Tigreans nor Amhara but who were speaking Geez and other foreign languages such as Greek and Sabean. Their descendants were the people of the kingdom Da ‘mat. They were Da ‘amatese. Tigreans are considered as one branch of the ancient Axumites who belong to the Semitic language family. These people, together with other ethnically
affiliated peoples, used to inhabit the north eastern and northwestern regions of modern Ethiopia. Through linguistic evolution, the Semitic peoples of Northern Ethiopia developed diverse culture: and one of the societies that branched off from those Geez speakers of the Axumites was the Tigreans. (Sagraw H/Se/assie, Ancient and Medieval Ethiopian History to 1527′, pp.59.68). This society, as part of the
Axumites, accepted Christianity in the 4th century A.D. The religion of Islam is also introduced into this part of the Axumite society beginning from the 8th century mainly through Dah/ak and the commercial port of Adu/is (Bahru Zewude, 1998, pp 33-38.)

Through evolution, Tigreans developed their own specific culture such as the Tigrean language (derived from Geez) and ways of life. Today they have diverse cultural practices that need to be studied, publicized and documented to the new and the coming generation This research will try to investigate, of the various aspects of cultural practices, the Economic Culture of the Tigrean society. It mainly emphasizes
on the economic aspects particularly the culture of work and the Culture of Saving which are the basic elements of economic development. With in these territories the researcher will try to address issues of traditional practices that affect the economic culture of the area and other social issues such as the philosophy of work, the culture of saving, and other matters.
The researcher tried to consult some literature in the IES in Addis Ababa University. He also traveled from mekelle to Shire to collect pertinent information to the basic issue of the Economic Culture of Tigray. The hitherto investigation clearly show that Ethiopians and specifically Tigreans do not have the culture of work and saving. We Ethiopians and Tigreans are living instinctively. They know thing about planned life.
They work more hours, with very backward technology or sometimes without the help of means of labour, for a handful of yield, and paradoxically expend more than what they produced. All these problems are the product of much precedence of traditional practices and laws. These include religious practices, lack of education, lack of good governance, lack of concern, and the like. Currently, there are some efforts to
develop the culture of work and productivity but with full of repercussions that need the attention of all Ethiopians and above all the government. An important progress is on the way. This is the cutting of holly days that retard the working force from using all days for work.
A/though there are some attempts to improve the economic culture of the country in general there are many problems that need attention. And the basic question, how can we come out of this poor economic performance needs thorough discussion and investigation. This is the reason behind the call for a workshop in October. 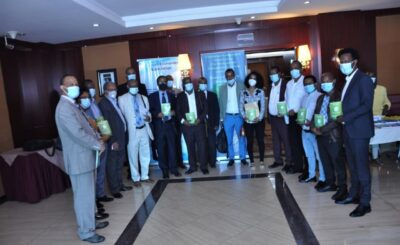 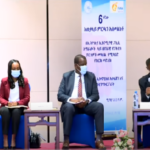